Richard Huffman, President & CEO of Celebree Schools joins Caroline & Justina on Daycare Overhaul this week! We were honored to have him join us and share his knowledge and wisdom on building a large child care organization and being able to thrive through a global pandemic.

Richard joins the podcast to talk about the history of Celebree schools and what lead him to open a childcare center. He also goes on to talk about how Celebree and it’s 26 schools have adjusted, innovated and thrived through the pandemic. He also talks about Celebree’s plans going forward and how they plan to continue to navigate the coming months.

Richard O. Huffman is the founder, President, and CEO of Celebree Schools. Richie founded Celebree in 1994, growing the Celebree brand from a single preschool into 26 schools as of today.

Richie’s experience with early childhood education began in 1984 when his mother opened a daycare business called White Marsh Child Care Center. Between classes, Richie lent a hand to the family business, giving him an early understanding of the daycare and preschool industry.

Ten years later, Richie started a daycare center of his own, opening the first Celebree School in Ellicott City. Over the course of more than two decades, he grew Celebree from a single location into Maryland’s largest privately held chain of child care centers. With Celebree’s entry into the franchise sector, Richie now shares the secrets to his success with Celebree franchisees.

As the President and CEO of Celebree Schools, Richie continues to guide the core vision of our brand: a vision that embraces change, innovation, and the constant pursuit of self-improvement. Thanks to Richie’s combination of leadership and experience, Celebree continues to set industry standards within the early childhood education sector.

Caroline Jens, Owner, Child Care Biz Help is an innovative leader in the child care industry. Her background of finance paired with being an Executive Director of a multi-location center gives her a unique ability to see all aspects of child care centers.

Justina Paterson, Chief Marketing Officer, Child Care Biz Help is an asset to the industry on many levels. Her background in design and marketing, paired with her time spent in a classroom and in leadership gives her a unique viewpoint when it comes to the industry. 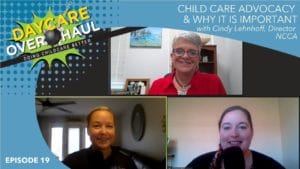 Child Care Advocacy & Why It Is Important – Episode 19

LISTEN Advocating for your child care center is very critical, even more so now since the pandemic. Our guest today… 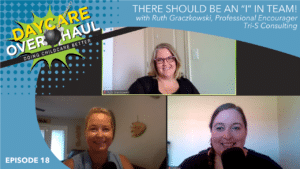 LISTEN As they say, “there is no “I” in team, but our guest today would argue…but should there be? Ruth… 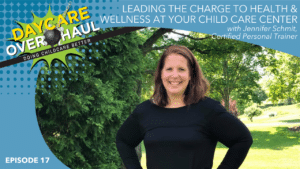 LISTEN Being an owner and/or director at a child care center can be very rewarding; but it can also be… LISTEN We are excited to introduce our Childcare Trailblazer Series! We could think of no better way to kick it… 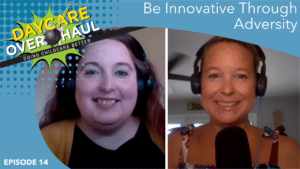 Be Innovative Through Adversity – Episode 14

LISTEN Welcome back to Daycare Overhaul – Doing Childcare Better! Caroline and Justina are so excited to be back for… 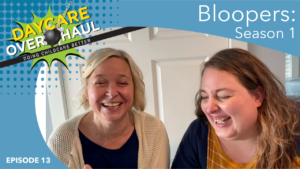 LISTEN WATCH Season 1 of Daycare Overhaul is in the books! We had such an amazing first season talking about…

Child Care Biz Help is the childcare industry’s premier consulting firm, offering customized, holistic solutions to help their partners run a more successful business. With a team comprised entirely of individuals with childcare backgrounds, they have the experience and expertise to provide solutions and insights that cannot be found anywhere else in the childcare industry.

READ ABOUT OUR FAVORITE TOPICS

Scroll To Top
We use cookies to ensure that we give you the best experience on our website. If you continue to use this site we will assume that you are happy with it.AcceptNo